Jennifer Tseng, MD, MPH, is the James Utley Professor and Chair of the Department of Surgery at Boston University School of Medicine and surgeon-in-chief at Boston Medical Center. She is the current president of the Society of Asian Academic Surgeons and one of the founding members of the Society. The Lotus Scroll sat down with Dr. Tseng to learn about her childhood and what makes this West Coast transplant and academic powerhouse tick…

LS – Thanks so much for your time. Can you start off by telling our readers about your childhood?

JT – I was born in Berkeley, California. I’m the oldest kid and my brother was born in San Jose. My parents had both come from Taiwan and were graduate students at Berkeley where they met. My mom was a biochemistry major and got her PhD in nutrition. 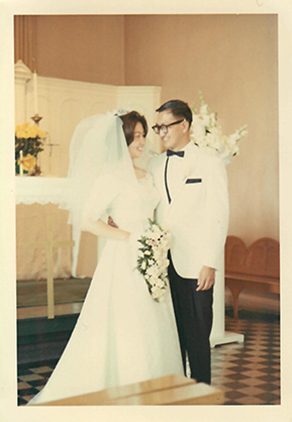 JT – My dad was a mechanical engineer and got a job at IBM. It was funny growing up in the Bay area, especially at that time because it was about 10 percent Asian – enough for people to make fun of you, for you to have some ambivalent ideas about whether you wanted to be Asian or something else.

LS – Herb Chen’s presidential address at the American Association of Endocrine Surgeons meeting talked about how he was the only Asian kid at his high school and even his best friend made fun of him.

JT – Absolutely. I belonged to a club that was Asian, and it was kind of cool that you weren’t singled out as Asian. Everyone was Asian, even the cute guys. On the other hand, you were kind of ashamed to belong to that kind of group.

JT – Both of my kids have the advantage or disadvantage that they don’t really look Asian. My husband’s Italian-American. My son looks a lot like I do, but he doesn’t really look Asian. There’s this funny story where he was at Little League, and he mentions that he had to go to Chinese school. The coach looks him up and down and says, “Why do you go to Chinese school?” My son says, “I’m half Chinese.” The coach says, “Which half?” And my husband says, “The inside half!”

LS – So what happened after high school?

JT – I went to Stanford and then rebelled by not majoring in Engineering. 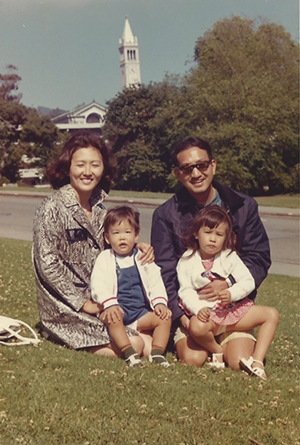 JT – I know. But we all held up to our bargain. We all think our parents are tiger parents, but there’s only a grain of truth to that because, in retrospect, I realize that they weren’t nearly as strict as I thought they were. When you end up going to a school like Stanford, you realize that everybody, whether they’re Asian or not, has Asian parents.

LS – Tell me more about your experiences in college exploring your racial identity.

JT – In college, it wasn’t really about race. I was immersed in this intense humanities program my freshman year. Anyone who went to Stanford would roll their eyes. It was a residential dorm – you lived, breathed, and talked Dante’s Inferno. There were no other Asians in this program – why would you waste your Stanford education in a class that you’re almost certain not to get an A in?

JT – I ended up in it almost by accident because I happened to be assigned to that dorm and saw what an incredible education my roommate and my friends were getting, so I transferred in. I started out as a physics major, but I transitioned to English, with a focus on feminist studies and biology (closet pre-med). Anyway, I really did not get involved in the Asian American community in college, maybe through fleeing into the humanities. It wasn’t deliberate, but you’re trying to find your identity in different ways. You come around full circle.

LS – Can you tell our readers what’s so special about SAAS?

JT – Organizations like SAAS are amazing because they’re level, small, and you can just see the equivalent of people with their hair down. And all these department chairs come, but more importantly, the exciting mid-level brew of people that are going to do something. I think many of the non-Asians who have gone to a SAAS meeting have gotten a lot more out of it than the Asians. I do think we have something special since we are explicit in our desire to help not only Asians, but also anybody who seeks diversity in medicine and seeks networking and connections in academic medicine.

LS – And this year’s meeting is in Boston! 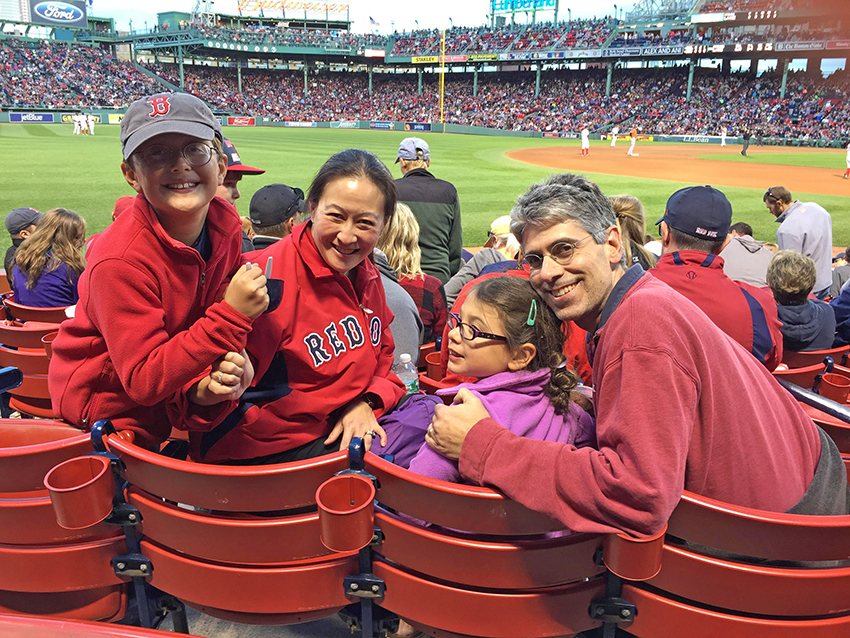 JT – It’s going to be great! We’re getting the food catered by Flour Bakery, and our keynote speaker is Joanne Chang. She was a math major at Harvard and worked as an analyst, and then she suddenly decided to follow her dream and now has this incredibly successful business. But it didn’t start that way. Her parents must have been like, “What are you thinking? You went to Harvard and now you’re baking?!” Can you imagine?

JT – Absolutely. We’re also going to have the reception on Thursday night at Anoush’ella, a Lebanese restaurant two blocks from here. Then, the party on Friday night will be at my house, which is very convenient.

LS – How on earth are you going to do that?!

JT – It’ll work. We had our department Christmas party there. September will be great because people can go outside. Bernard’s (Chinese) Restaurant will cater. Even my mom loves it.

LS – Can’t wait to see everyone in Boston at Dr. Tseng’s house!

“Why do we always have to play the side part? Why aren’t we the protagonist of the story?” asks award-winning filmmaker Debbie Lum at this year’s 2022 Kuo Family Lectureship.