The Rise of Anti-Asian Racism in America

Since the start of the COVID-19 pandemic just over a year ago, we have spoken out against the rise in anti-Asian racism, fueled by the racist terminology still used to describe the origins of the SARS-CoV-2 virus. Over the past few weeks, it has become evident that anti-Asian hate incidents, including verbal harassment, discriminatory practices, and physical violence, culminating in the murder of 8 Americans, including 6 of Asian descent, earlier this week, are continuing to worsen. Furthermore, while these incidents are directed indiscriminately to all who are perceived to be of Asian descent, it is particularly targeted towards the most vulnerable: the young, the elderly, and women.

It is yet another stark reminder that the anti-racist work that many of us started, continued, and/or amplified last year is not yet done and that all who are underrepresented, whether by race, ethnicity, gender, sexual orientation, religion, or country of origin, remain vulnerable to discrimination and bias.

The many personal and public statements of support are seen, appreciated, and invaluable but not enough. We ask you to:

Congratulations to Dr. Kasper Wang, who assumed the role of President of the Society of University Surgeons at the recent Virtual Academic Surgical Congress! 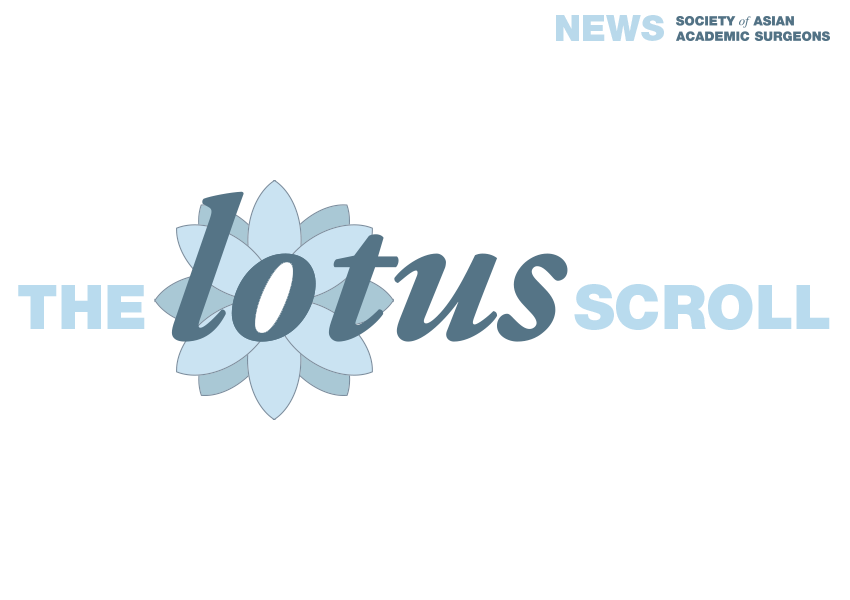 The Society of Asian Academic Surgeons (SAAS) was founded to focus on the personal and professional development of Asian academic surgeons with the belief that the best way to increase Asian representation in the leadership of academic surgery is to prepare future generations to succeed.

Towards this end, we raise money to provide scholarships for both trainees and junior faculty to help them with their career development. We also give out awards for the best research submitted by members to the Academic Surgical Congress and to the SAAS Annual Meeting to showcase the advances being made by Asians in the field.

From the beginning, our society has been fully inclusive. We defined “Asian” in the broadest sense to include not only those from East, Southeast, and South Asia, but also Persians, Arabs, Turks and any other nationality from the Asian continent. Furthermore, membership in SAAS is open to anyone of any ethnicity who has an interest in promoting underrepresented populations in any arena of academic surgery.

Membership in SAAS is open to any individual with an interest in academic surgery and is not limited to those of Asian descent.